St. Bridget was born in AD 450 near Dundalk in Co. Louth, Ireland. Her father was a pagan chieftain of Leinster and her mother was a Christian. Her father kept Bridget and her mother as slaves even though he was a wealthy man. Bridget spent her earlier life cooking, cleaning, washing and feeding the animals on her father’s farm.

She lived during the time of St. Patrick and was inspired by his preaching’s and she became a Christian. When Bridget turned eighteen, she stopped working for her father. Bridget’s father wanted her to find a husband but Bridget had decided that she would spend her life working for God by looking after poor, sick and elderly people. Legend says that she prayed her beauty would be taken away from her so no one would seek her hand in marriage. Her prayer was granted. Bridget’s charity angered her father because he thought she was being too generous to the poor. When she finally gave away his jewel-encrusted sword to a leper, her father realised she would be best suited to religious life. Bridget finally got her wish and entered the convent. Legend also says that Bridget regained her beauty after making her vows and that God made her more beautiful than ever. News of Bridget’s good works spread and soon many young girls from all over the country joined her in the convent. Bridget founded many convents all over Ireland; the most famous one was in Co. Kildare. It is said that this convent was built beside an oak tree where the town of Kildare now stands. Around 470AD she also founded a double monastery, for nuns and monks, in Kildare.

St. Bridget’s cross: Making a St. Bridget’s cross is one of the traditional rituals in Ireland to celebrate the beginning of early spring, 1st February. The crosses are made of rushes that are pulled rather than cut. They are hung by the door and in the rafters to protect the house from fire and evil. According to tradition a new cross is made each St. Bridget’s Day, and the old one is burned to keep fire from the house. Many homes have several crosses preserved in the ceiling the oldest blackened by many years of heath fires. Some believe that keeping a cross in the ceiling or the roof is a good way to preserve the home from fire which was always a major threat in houses with thatch and wood roofs. St. Bridget and her cross are linked together by the story that she wove this form of cross at the death bed of either her father or a pagan lord, who upon hearing what the cross meant, asked to be baptised.

St. Bridget died in AD 525 at the age of 75 and was buried in a tomb before the High Altar or her Abbey Church. After some time, her remains were exhumed and transferred to Downpatrick to rest with the two other patron saints of Ireland, St. Patrick and St. Columcille.

St. Bridget’s Cloak: St. Bridget went to the King of Leinster to ask for land to build a convent. She told the king that the place where she stood was the perfect place for a convent. It was beside a forest where they could collect firewood. There was also a lake nearby that would provide water and the land was fertile. The king laughed at her and refused to give her any land. Bridget prayed to God and asked him to soften the king’s heart. Then she smiled at the king and said, “Will you give me as much land as my cloak will cover?” The king thought she was joking and because Bridget’s cloak was so small he knew that it would only cover a very small piece of land. The king agreed and Bridget spread her cloak on the ground. She asked her four friends to hold a corner of the cloak and walk in the opposite direction. The four friends walked north, south, east and west. The cloak grew immediately and began to cover many acres of land. The king was astonished and he realised that she had been blessed by God. The king fell to the ground and knelt before Bridget and promised her and her friends money, food and supplies. Soon afterwards, the king became a Christian and also started to help the poor. Bridget’s miracle of the cloak was the first of many miracles that she worked for the people of Ireland. 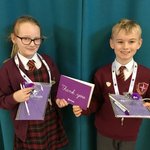 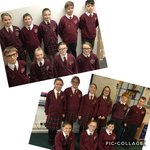 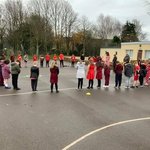